A big THANKS to Kimber MacGibbon, the Executive Director and Co-founder of Hyperemesis Education and Research (HER) Foundation, for her guest post on spreading HG awareness!

May is Hyperemesis Gravidarum Awareness Month, and this year’s theme is “Raise Your Voice.” Mothers and medical providers must continue to speak out about the need for greater education and research of this condition.

A Personal Experience With Hyperemesis Gravidarum

The HER Foundation began after my first pregnancy. I started having increasing nausea and vomiting a few weeks after our honeymoon that I thought was due to a stomach ulcer or the flu. I was absolutely shocked when the doctors said I was pregnant. While I was not ready to be pregnant because I had just started graduate school, I was excited to be a mom.

The nausea and vomiting continued to worsen, and I just assumed it was normal morning sickness, but I couldn’t imagine how other people functioned if what I had was morning sickness. The nausea wasn’t just in the morning; it was 24/7 and made it impossible to eat or drink much. I didn’t just vomit a few times and feel better. I would vomit off and on all day, and sometimes relentlessly until I nearly passed out from suffocation.

My midwife suggested that since I was not planning to start a family for a few years, vomiting was a symbolic rejection of my pregnancy. I felt conflicted about that until I realized that I was sick before I even thought I might be pregnant. Then I was so hurt she would suggest that when I could not control being sick. Ultimately, I ended up needing IV fluids four times.

How My Pregnancy Progressed

The first emergency room visit, the ER doc immediately recognized that I had a condition called hyperemesis gravidarum, or HG. Hyper means excessive (like hyperactivity), emesis is the medical term for vomiting, and gravidarum is Latin for during pregnancy. The doctor said his wife experienced it, so he gave me medication that reduced the triggering of the vomiting center in my brain. I was still sick a lot because he gave me a low dose. I also needed nutrition and electrolytes, which I didn’t get, but at least I didn’t lose my baby from dehydration and malnutrition.

By 4 months, I’d lost pretty much all my muscle mass and about 15% of my body weight. I weighed what I did when I was 12 years old. I was so weak, my goal for the day was to eat 500 calories and sit upright for 15 minutes. I finally dropped out of grad school and just focused on surviving each day.

At 39 weeks, after 30 long hours of induced labor and complications, I delivered an 8 pound 14 ounce baby. Incredibly, I was able to eat a few hours later and I ate a lot! I was still nauseous and very weak so holding my baby was difficult. My child’s constant illnesses, poor sleeping, and sensory sensitivity meant long nights and exhausting days. Several weeks after delivery, I dropped about 10 pounds below my pre-pregnancy weight. I felt as if I’d pass out when I stood up.

Educating Others About HG

It took about a year to feel like I could function and think again. I then realized it was likely that if given more aggressive medical care, I might not have been so sick and my child would have been healthier. I felt I had to do something so others would not have to suffer as we had. I reviewed the medical textbooks and limited research on HG back to the 1700’s and put a website online called the Hyperemesis Education and Research Organization to educate others about HG. I also added a forum for women to find support. It was the first comprehensive website on HG in 2000.

The Hyperemesis Education and Research Foundation

When I became pregnant with my second child, I planned ahead and found a very compassionate doctor willing to offer anything I needed. With the higher doses of medications, more support, and a better understanding of how to manage HG, it was less traumatic but still extremely miserable.

While I was pregnant, a man named Jeremy King found my website when his wife, Ann Marie, was severely ill with HG and doctors were unsure if she would live. With the support and information on other treatment options, he advocated for his wife and she survived as did their son. They were so grateful that they wanted to support my organization.

The Kings invested in launching and growing us into a 501(c)3 nonprofit charity, and the Hyperemesis Education and Research (HER) Foundation was born in 2003. In 2005, we partnered with Dr. Marlena Fejzo and the University of Southern California on HG research. The Foundation has been the leading source of HG information, advocacy, research, and support since inception.

The HER Foundation is the global voice of HG since 2003, serving hundreds of thousands of families facing HG across the globe.

HG is not “just” bad nausea and vomiting.

If you or a loved one is suffering from hyperemesis gravidarum, get educated, speak up, and find the support you need!

Hi, I'm Liesel! Well, Liesel Teen BSN-RN, technically speaking. I'm a labor and delivery nurse, fellow mom, and the founder here at Mommy Labor Nurse. We help pregnant mamas like you erase the unknown of childbirth with online birth classes and resources that teach you everything you need to know to have a better birth! Read more

LaborTeen LLC DBA Mommy Labor Nurse is a participant in the Amazon Services LLC Associates Program, an affiliate advertising program designed to provide a means for sites to earn advertising fees by advertising and linking to amazon.com. 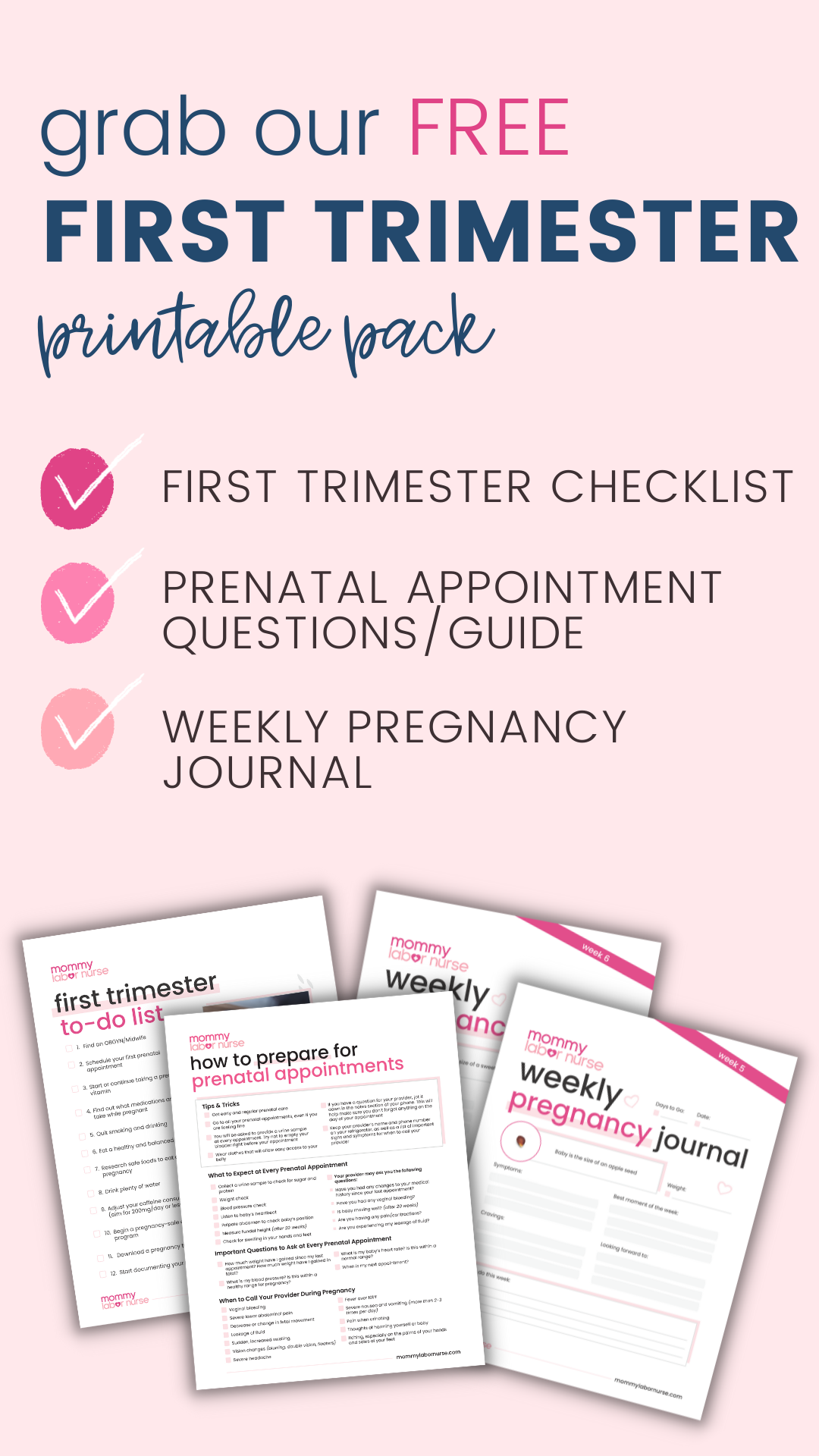